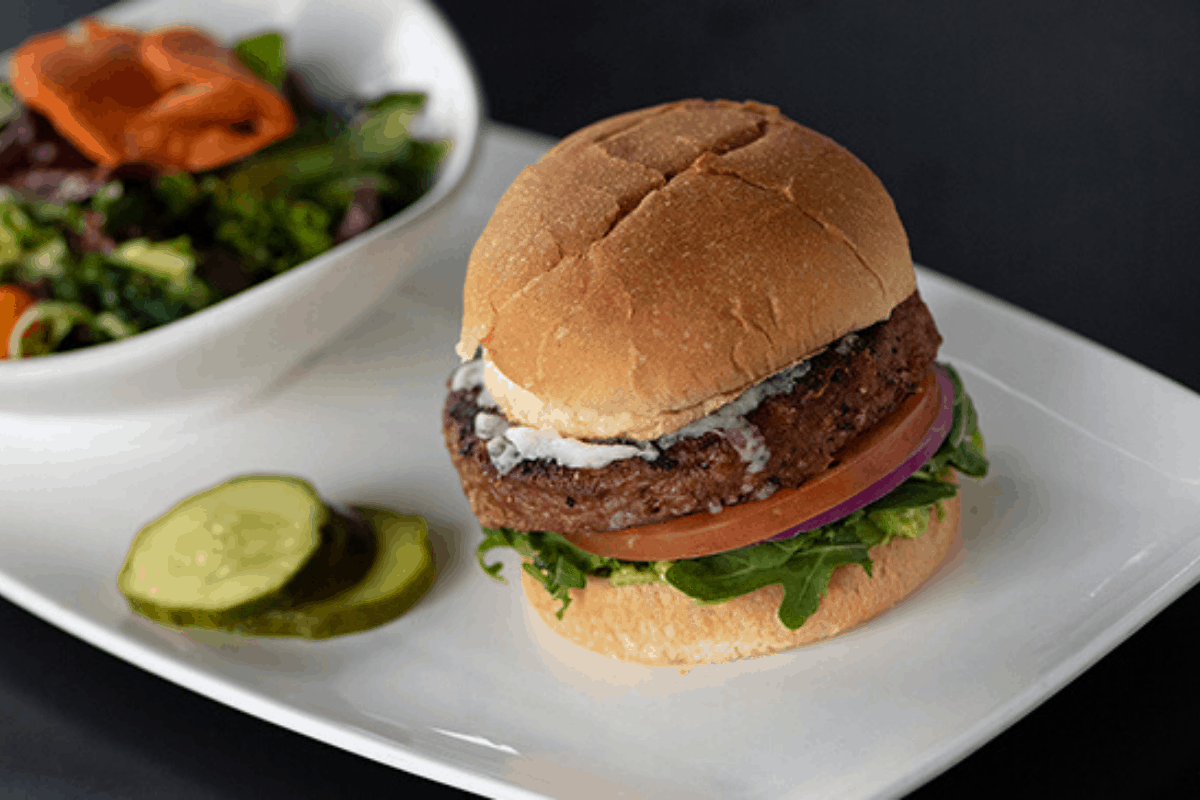 Just a few years ago if you wanted a vegan burger, you’d either have to make it yourself or if you were lucky, there was one vegan restaurant in town that made one. Now, with the Beyond Burger, there are more places than ever where you can pick up a vegan burger.

In fact, the Beyond Burger is making it’s presence felt at so many different places that it can be hard to keep track of who does and doesn’t have it.

Don’t worry, that’s why VeggL exists. We’re going to show you all the places where you can get a Beyond Burger today. Just to be clear, we’re going to list all popular chain restaurants that carry it. If you have any local vegan friendly burger spots in your city, there is a good chance they may have it too.

We’re also going to make you aware of any modifications you may need to make on your order. Just because a restaurant serves the Beyond Burger, doesn’t mean it’s vegan straight off the menu. For example, many come with cheese and/or mayo by default. The bun it’s served on is also something to be mindful of as well as some buns may contain milk.

A&W first offered the Beyond Burger in their Canadian locations in July of 2018. The launch was enormously successful with many stores breaking sales records the two quarters after the launch. I think it’s very fitting to note the answer of A&W Senior Director Marketing, Brand Communications Tom Newitt, when he was asked by Good Food Institute what he thought was the benefit of offering plant-based options:

There’s a growing consumer need for it, that’s the simple reason for it. We’re very guest-focused and we want to make sure we’re doing an excellent job of meeting their needs. The business need starts with the guest and what they want.

This speaks very simply to the idea of supply and demand. The more we demand restaurants offer plant based options and then show that those options will be supported and profitable for the restaurant the more vegan options we will continue to see.

As for the burger itself, there seems to be conflicting information on whether all US locations carry the Beyond Burger. Ask your location to find out for sure. If they do offer it, make sure to order WITHOUT Mayo and Burger Sauce (Uncle Sauce). Also, beware that the burger is cooked on the same grill as meat products.

Check out all the vegan options at A&W Root Beer

Not only does Bareburger have the Beyond Burger, they have multiple vegan burger options. This includes a Beyond Burger, Impossible Burger, a Quinoa based burger and a Black Bean Burger. It’s one of the only places in the country where you may struggle to decide which vegan burger you want.

Their Beyond Burger comes with vegan american cheese (one of only two burgers on this list that also comes with vegan cheese), sweet pickles, red onions, green leaf, vegan mayo, ketchup, sprout bun.

Check out all the vegan options at Bareburger

BurgerFi’s Beyond Burger comes with Ketchup, Mustard, Lettuce, Tomato, Pickles, Onions, on a Vegan Multigrain Bun. They also have a ton of other vegan toppings available if you want to get a little more creative with your burger.

Check out all the vegan options at BurgerFi

We also want to note that while this may happen at many places, Carl’s Jr confirms that their burgers are cooked on shared cooking surfaces.

Check out all the vegan options at Carl’s Jr

Denny’s jumped on board the Beyond Burger wave at the beginning of 2020. After an enormously successful launch at their Los Angeles locations, Denny’s decided to offer the burger at all 1700 of their locations nationwide.

Denny’s Beyond Burger needs just a couple modifications to be made fully vegan. By default the burger comes with with lettuce, tomato, red onions, pickles, American cheese† and All-American sauce† on a multigrain bun. Served with wavy-cut fries. †Make sure to order without American cheese and All-American sauce. (Denny’s also has a veggie patty that is vegan as well!)

Check out all the vegan options at Denny’s

Hardee’s boasts the largest number of locations of any of the chains on our list with over 3100 locations serving the Beyond Burger. Hardee’s joined Carl’s Jr in late 2019 when both chains began offering the plant based burger.

Hardee’s Original Beyond Thickburger needs a few substitutions as well. Make sure to order with no mayo and order with either a lettuce wrap or Sourdough Bread in place of a bun. (The premium bun at Hardee’s milk and milk products) The Burger also comes with lettuce, tomato, red onion, dill pickles, ketchup and mustard.

Check out all the vegan options at Hardee’s

In early 2018 TGI Fridays began offering the Beyond Burger in their 350 US locations. The Beyond Meat Cheeseburger at TGI Fridays needs to be ordered with no cheese. Also, choose the Challah Bun (Gluten Free bun is NOT vegan). Fridays patty is seasoned and grilled, lettuce, tomato, red onions, pickles and Fridays™ sauce.

Check out all the vegan options at TGI Fridays

Veggie Grill is a fully vegan fast casual chain that offers four different vegan burgers including a Beyond Burger. Their Beyond Burger comes with grilled beyond meat, american “cheese”, grilled onions, house-made sauce, tomato, iceberg lettuce, whole grain sesame flax bun. The majority of their locations are currently in California, however they do have a few locations popping up in other parts of the country.

Check out all the vegan options at Veggie Grill

Like we stated earlier, this list is not exhaustive. There are plenty of local spots as well maybe some smaller chains that are offering the Beyond Burger. But, as of the summer of 2020, this list includes all of the ‘big players’ so to speak. We’ll do our best to try to keep this list updated as more (at this point there is bound to be more!) places add the Beyond Burger to their menu.

If you’re wondering to yourself, hold on, I thought so and so carried the Beyond Burger. You may be thinking of Burger King or Glory Days Grill – both of which carry the Impossible Burger. Or you may be thinking of Johnny Rockets or Yard House – they both carry a Gardein vegan burger.

Finally, while they don’t serve Beyond Burgers, Del Taco and Dunkin Donuts both offer Beyond Meat items. You can order Beyond Meat with tacos and burritos at Del Taco or a Beyond Sausage at Dunkin.