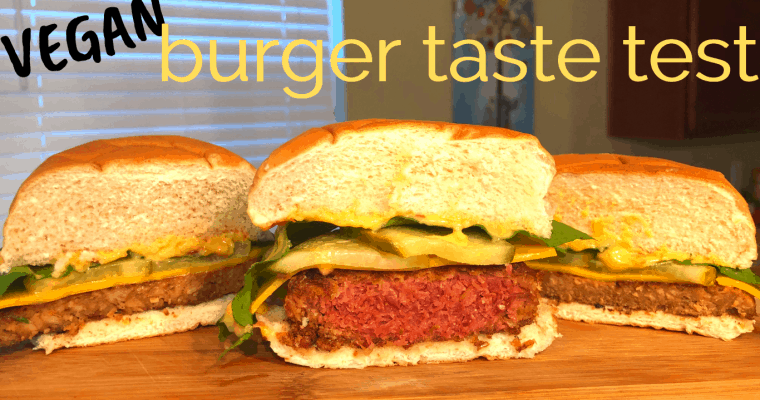 I wasn’t always Vegan; in fact, it’s only been about 10 years since I’ve eaten meat and 7 years since I quit dairy, BUT what I do remember is what a juicy burger tasted like.

Like many of us Vegans, we didn’t stop eating meat because we didn’t like the taste of it, we quit because we no longer wanted to contribute to the suffering of another being.

Now, Vegan Burgers are becoming crazy popular which leads us to only one possible conclusion – Vegan Burger Taste Test.

10 years ago, all of these Vegan Burgers were NOT available! I mean, Beyond Meat and the Impossible Burger have just come out over the past 2 years. How lucky are we ALL to have incredible options. No one NEEDS to eat meat anymore.

For this Vegan Burger Taste Test, I have chosen the 3 most animal burger-like burgers I could get my hands on and cooked them each in their own pans as to not mix any juices.

-> That statement just weirded me out but honestly I want to give a review that you can take to an omnivore as well and ask them to try one of these.

Mr. VeggL came in to this test having NO idea which burger was which. I labeled the bottom of 3 plates with each one. 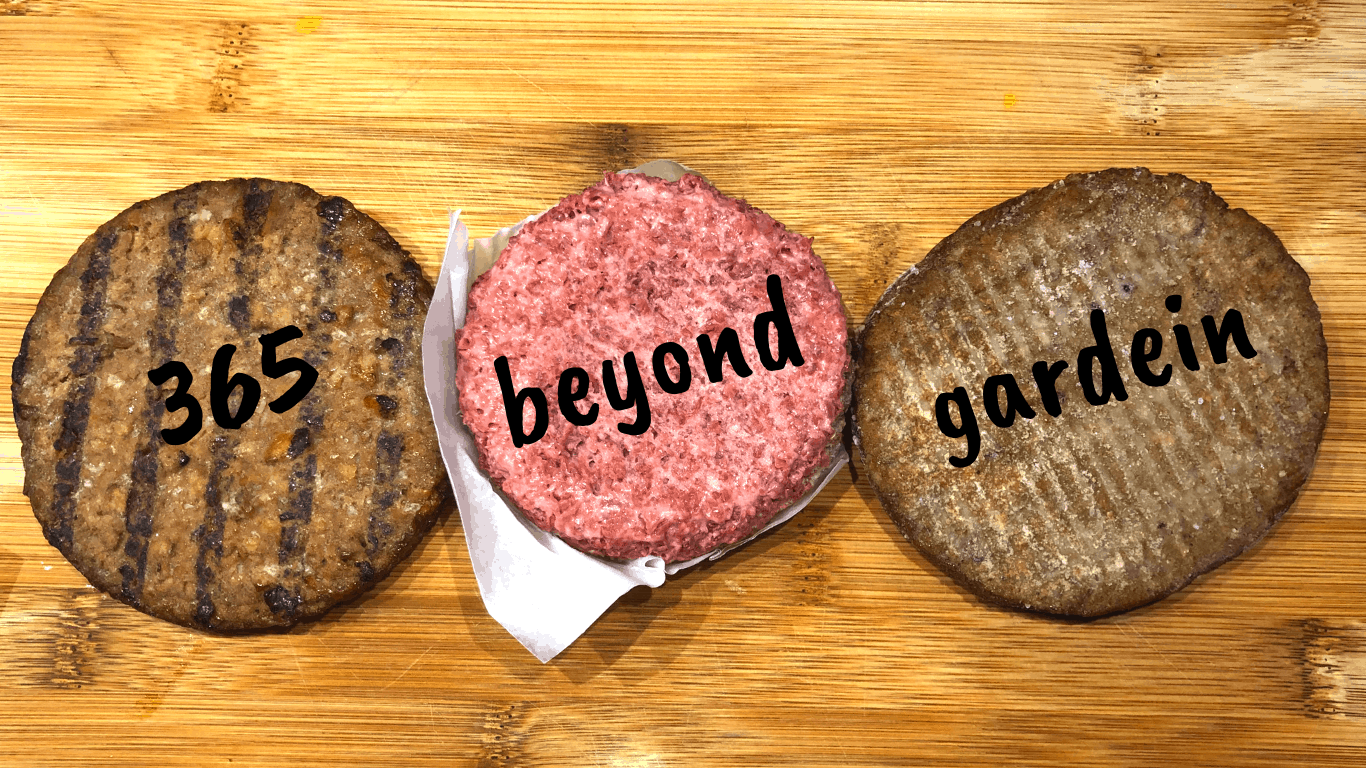 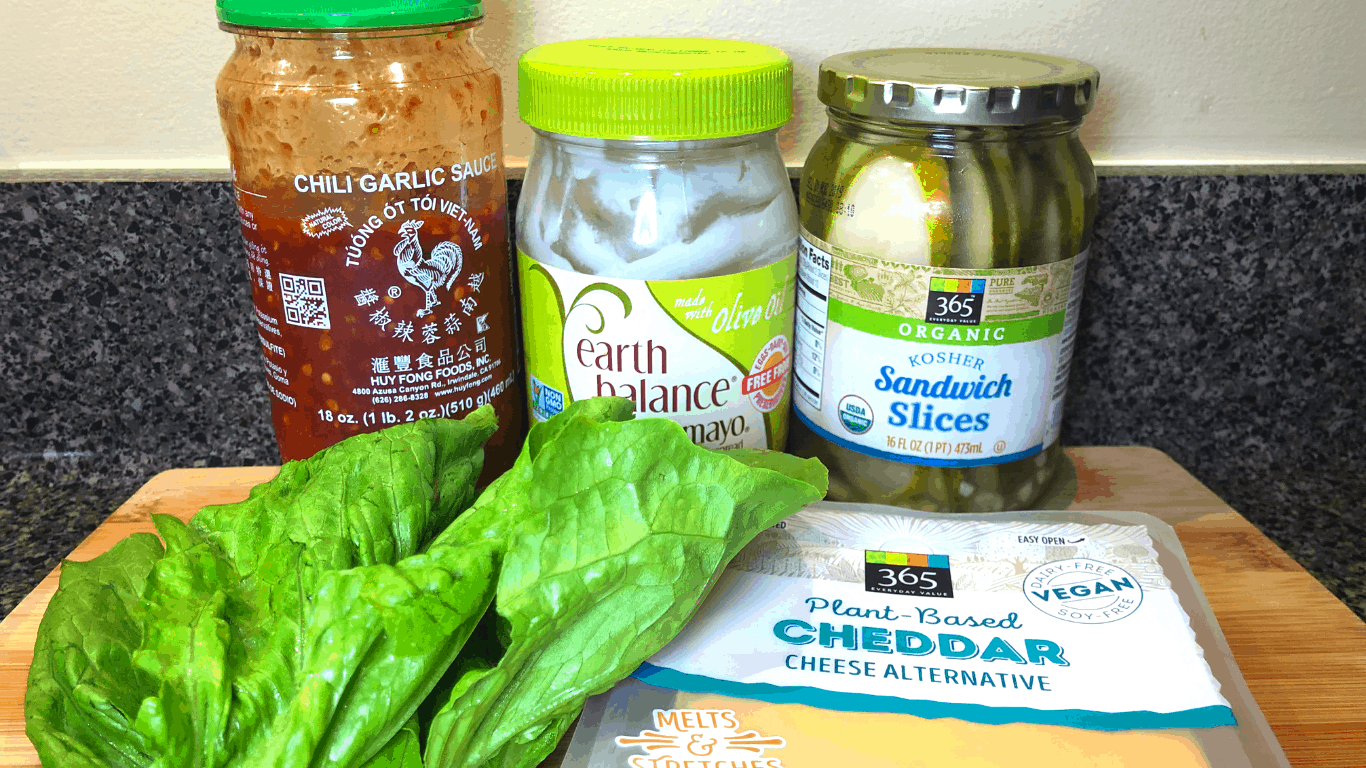 As you can see, we really have no gripes on any of these–I think they are personal preference. Let us know on Instagram or Facebook which is YOUR favorite!

+ Edit Addition: After we posted this review, we had Mr. VeggL’s parents visit for a weekend. I made them Vegan Burgers with our #1 pick, the 365 Plant Based Burger. They chose to top it with the Follow Your Heart American Cheese, a slice of tomato and Hellman’s Vegan Mayo.

To preface, The Follow Your Heart American Cheese AND Provolone were both eaten as a plain slice by my mother-in law. She knew it was Vegan but could NOT tell it was. Same thing with the Mayo–she tasted NO difference than an animal based product.

As for the Burger, both of them really liked it, especially my mother-in-law.

She mentioned it tasted grilled and could not believe it was completely vegan. She has been choosing to eat less red meat so finding out that plant based options are JUST as good, was huge for her!

I think THIS is a pretty great review coming from omnivores! 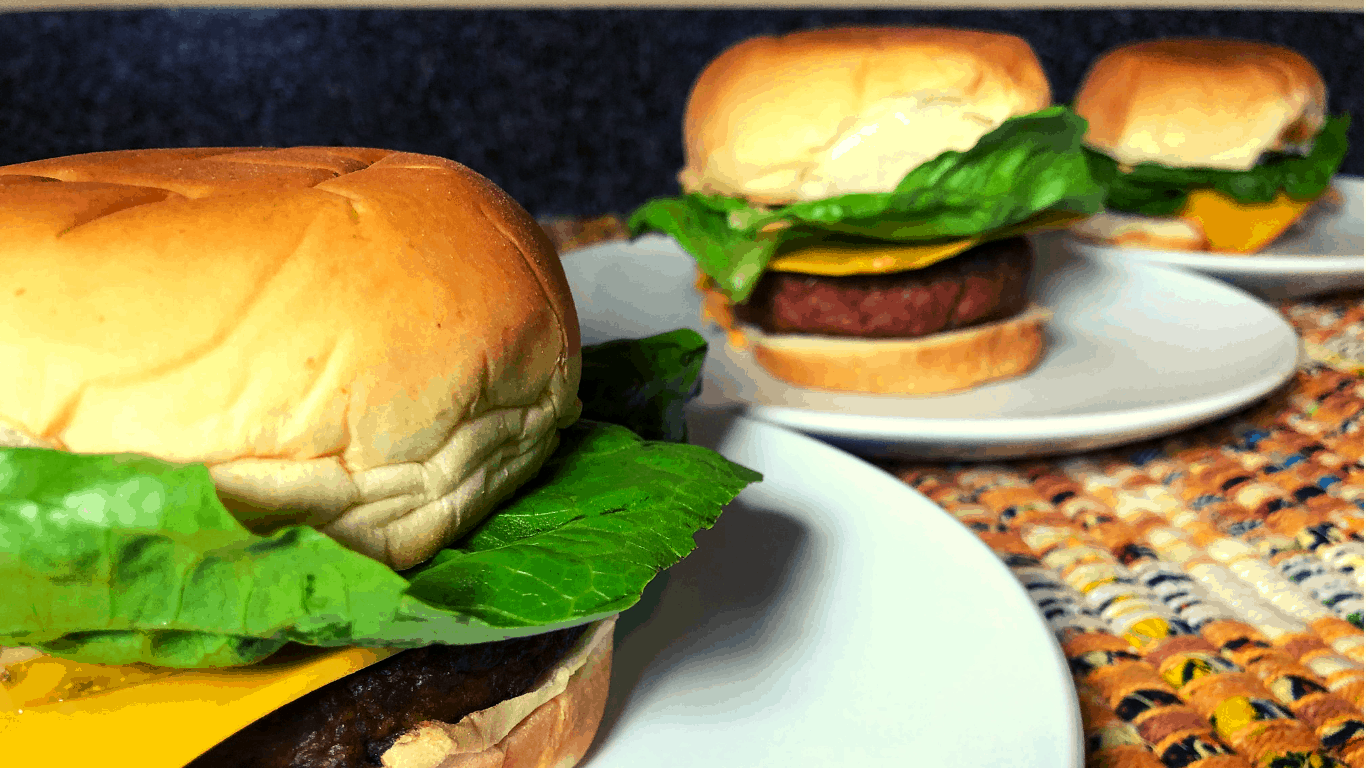 One of the newest drinks to hit the Starbucks menu is the Chocolate Cream Cold Brew.  In this quick guide, I'm here to answer the question that all vegans ask when Starbucks releases a new...

When Burger King released the Impossible Whopper in August of 2019, it completely changed the game for being able to eat vegan at Burger King. What was once a place that was avoided if at all...