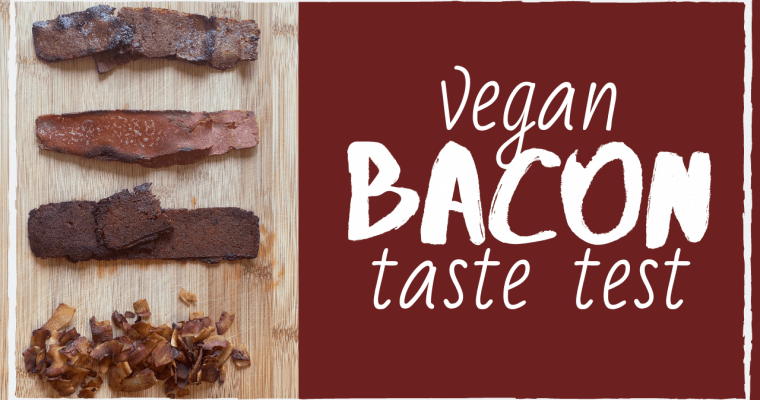 As many vegans will tell you, they did not stop eating meat because they didn’t like the taste. They stopped because of their compassion for animals. Many of us woke up & realized it is NOT ok for animals to be crammed in to cages, consistently given antibiotics to keep them alive or forced to be impregnated just to have their baby taken away and be forced to produce milk.

I would NEVER allow this kind of treatment to my dogs. Would you?

I grew up feeling that eating meat wasn’t right but it was the norm. I grew up, in Ohio, in the 80’s & 90’s. It wasn’t until almost the year 2010, that I realized by reading the book, Skinny Bitch, that it is ok to not eat meat. How crazy is that? What my mind had told me would be a peaceful thing for me to do, I felt I would be judged for or maybe I couldn’t get all of my nutrients.

How Times Have Changed

Now, we can get Vegan Versions of just about anything! Burgers, Cheeses, Sausage, Brats, Chicken, Fish, Eggs, Butter, Ice Cream and so much more.  …I’ve even seen Vegan Scrapple! I cannot recall if I had ever had Scrapple pre-vegan days, but there it is–in the Vegan Version.

The one animal meat item that I did miss was bacon. Just typing this sounds really messed up. I wish I could be one of those diamonds in the rough who has never eaten an animal–ever! Maybe this wouldn’t sound so twisted; to not agree with the killing of animals to put on our plate but still reminisce on the taste. UGH.

It wasn’t the taste of pork that I liked. Trust me, there were other pork products that NEVER appealed to me. It was the sweet & smoky taste & the crunchy texture. Crunchy is the ONLY way I would eat bacon. If I ever saw the, “fat,” it would gross me out.

The greatest thing about it not being about the pig is that this taste can be and has been replicated in a Non-Animal Version!

The 3 purchased were the only ones I have been able to find available in my local grocery stores.

Did any of these taste like bacon? That’s debatable as you can see specifically with the Lightlife. I, who hasn’t had pig bacon in over 11 years said this one tastes the MOST like bacon; however, Ryan, who last ate pig bacon over 2 years ago, says it without a doubt does not. We found similarities to bacon but nothing tastes exactly like it. And to me, I’m ok with that! The fact that it does not taste exactly like it, gives me ease in knowing I’m not eating an animal and doesn’t make me feel icky. As you can see though, I can find uses for every single one of these! I think my notes below will help in deciding which ones to try in your recipes, unless of course, you would like to do a taste test of your own. 😉

When deciding which bacon to use in a recipe, I like to think of complimenting tastes(salty & sweet) with textures (crunchy or chewy) then balancing those out.

For instance, if I have a salty recipe, I would not use the Lightlife bacon because it will only add more salt to the taste. What if that same recipe has all soft ingredients and needs some crunch? I would then have to decide between the Upton’s & Coconut Bacon. If the recipe is salty AND savory, I could balance it a bit with the Coconut Bacon.

Does that make sense?

…and keep it cruelty free. NO Pork On My Fork

Like our Vegan Bacon Taste Test? Consider signing up for our Super Awesome Vegan Emails that we send once a month. We put together our best recipes and reviews each month and send them right to your inbox! We’ll never send junk and we’ll NEVER give away your email! Or give us a follow on Pinterest Follow VeggL