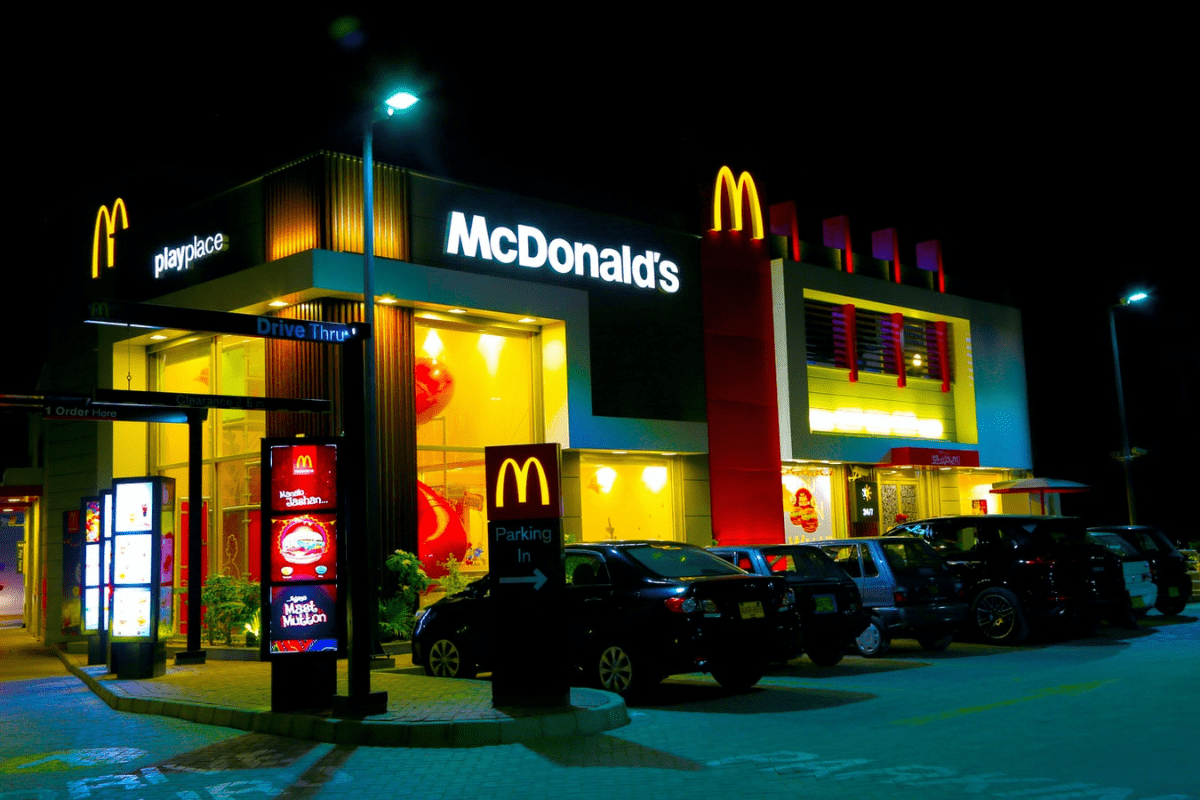 There are two tried and true ways to know St. Patrick’s Day is right around the corner. First, giant green hats, sunglasses that look like clovers and other obnoxious “Irish themed” items greet you when you walk in the door at Target. Second, Shamrock Shakes begin to appear at McDonald’s.

If it seems like McDonald’s has been serving Shamrock Shakes for St Patrick’s Day for quite a while, it’s because they have. The minty green shake has been served at McDonald’s for over 50 years now. 50 years! It even has it’s own entry in Wikipedia.

Your first instinct may be to think no way is the Shamrock Shake vegan. After all, it’s a milkshake, right? However, with fast food concoctions, you never can be sure. It’s possible it could be some combination of high fructose corn syrup and who knows what. So…

Is the Shamrock Shake at McDonald’s Vegan?

The Shamrock Shake is not vegan. It’s made with vanilla reduced fat ice cream and whipped cream which contains nonfat milk.

Here is the complete ingredient breakdown of the Shamrock Shake via McDonald’s:

What Is Vegan at McDonald’s?

If the Shamrock Shake is out of the equation as a vegan option, what can you get vegan at McDonald’s? Turns out, not much. At least not if you’re living in the US. Even the fries, normally a relatively safe space when it comes to fast food places (minus the cross contamination concerns) are cooked in beef fat.

McDonald’s recently announced a new McPlant platform that will be bringing more plant based options to McDonald’s locations in 2021. However, it hasn’t produced any US vegan options, at least not yet.

Until that happens, we would recommend trying to find other popular fast food locations that have much more vegan friendly choices. For example, Burger King that offers the Impossible Burger or Carl’s Jr which carries the Beyond Burger.

If you’re out with friends or family and you’ve found yourself standing in a McDonald’s, check out our McDonald’s Vegan Options Guide. It will show you what’s vegan, what’s not and how to order modifications where possible.

Continue Reading
link to Are Mattresses Vegan? (Everything you want to know)

When I first became vegan, all of my attention went towards food. Does this product contain any meat? What about milk or eggs? Then, Jen started to point out all the things not on my dinner plate...