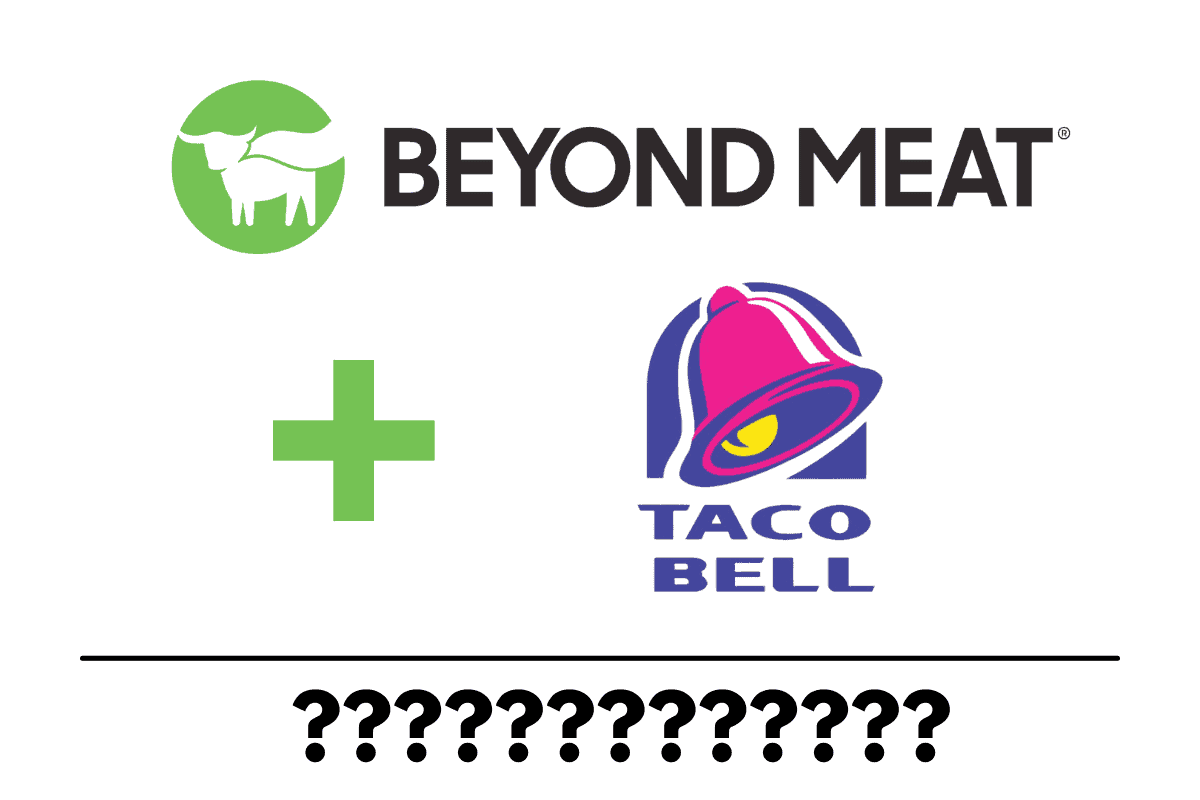 Taco Bell is one of our favorite vegan friendly fast food chains, especially when we’re road tripping. Stop off to get gas at the gas station then pick up a couple Bean Burritos, “Fresco Style,” is something that happens at least once on all of our road trips.

But, does Taco Bell have Beyond Meat?

If you’re not a frequent visitor to Taco Bell, this is a totally fair question. After all, with places like Del Taco and very recently, Pizza Hut, adding Beyond Meat to their menu, you might be surprised to find out Taco Bell doesn’t have any plant based ‘meat’ on their menu.

However, it appears that that might be changing soon.

On January 14th Taco Bell announced that they are teaming up with Beyond Meat to create a new plant-based protein that they expect to be tested this year. That’s a huge win for vegans across the country and a huge win for anyone holding Beyond Meat stock (wink-face emoji).

“The return of our beloved potatoes is just the first step in showing our fans the strong continued commitment to vegetarian we are making this year,” said Liz Matthews, Taco Bell’s Global Chief Food Innovation Officer. “We have long been a leader in the vegetarian space, but this year, we have more meatless options in store that vegetarians, veggie-curious and even meat-eaters will love.”

That’s right! Not only is Taco Bell exploring adding Beyond Meat to the menu, but potatoes are coming back! This past summer Taco Bell took potatoes off the menu and broke the heart of not only vegan, but tons of Taco Bell fans across the country.

These two additions to the menu will open up the Taco Bell vegan options in a big way. Beyond Meat and potatoes in a wrap? Or a Chalupa? Our heads are spinning with the seemingly infinite amount of possibilities and customizations that will be available.

In the meantime, here are our recommendations for the best vegan options on Taco Bell’s menu:

*Fresco Style is a way of ordering at Taco Bell that takes out any dairy (and also guacamole) and replaces them with pico de gallo.

If you’d like to see all the vegan options at Taco Bell, check out our Taco Bell Vegan Options Guide to see everything you can order vegan at Taco Bell. Our guide will not only show you what’s vegan, but how to order any necessary modifications.