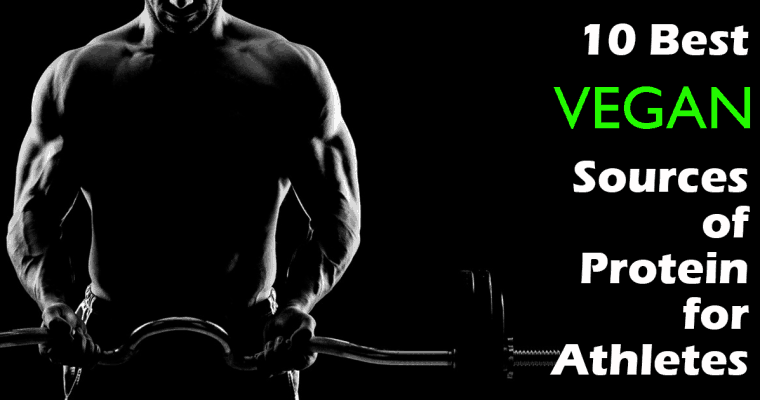 Since The Game Changers Documentary was released on Netflix, I’ve been getting a lot more questions from my athletes on eating a plant based diet. The first question is generally the first question EVERY vegan gets – “What are good vegan protein sources?”

I thought why not put together a few posts for VeggL and provide some information that will be helpful to athletes looking into how to eat a plant based diet.

This first post is going to break down the best vegan protein sources specifically for athletes. Protein sources that are high quality, easy to work with and maybe most importantly, affordable for a college athlete.

I’ve included sources that will work well for breakfast, dinner and even a quick snack.

For all you tl;dr Type A personalities like me, I’m going to straight up list the best vegan protein sources by grams per serving to save you from scrolling through this whole page even though you should!

Then I’ll go into each protein source individually and give you a little more info or what each one is and how to incorporate it into your diet.

Some of the links in this article may be affiliate links which may earn us a commission at no extra cost to you.

Peanut butter or a bag of peanuts is one of the most easily accessible vegan sources of protein. You don’t have to be a chef to make a peanut butter sandwich. Bread and peanut butter are super cheap and easy to keep stocked in a dorm room.

If you’re wanting to splurge a little, give Ezekial or Dave’s Killer Bread a try. A bit expensive sure, but it packs protein and lots of vitamin and mineral goodness that you don’t necessarily get from the cheap store brand.

Ahhh, lentils. I’m guessing there’s a good chance you may have never even heard of lentils, but you should. These bad boys come in multiple varieties – red, yellow, green & brown to name a few.

The reason you need to get familiar with lentils is they are relatively easy to cook, they pack a good amount of protein (18g of protein per cup) and they are CHEAP. Bags of lentils go for a buck or two a pound.

Try cooking some up in a curry or add them to rice. 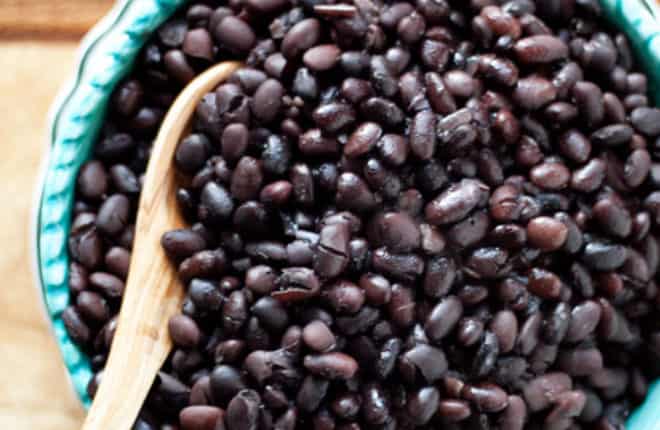 Pair up Black Beans with rice, throw on some salsa and you’re done. Cheap, easy and packed with protein. Doesn’t have to be just black beans either, almost any kind of bean will work. They work great in burritos, black bean burgers and on tortilla chips.

The combo of Black and Pinto along with Sofritas is one of the reasons Chipotle is such an amazing vegan fast-food option.

Wait… pasta has protein? Yep. But I thought pasta was just about carbs?

I know as athletes we have had it beaten into our brains that you eat pasta for pre-game meals because pasta is a good source of carbs and carbs are energy, blah blah blah.

What gets left out though is that whole wheat pasta is also a great source of protein.

Not only is normal whole wheat pasta a good source of protein, there are pastas available now like Banzo which is a Chickpea pasta that packs 25g, yes TWENTY-FIVE, grams of protein per serving.

C’mon, another carb? Yep. Potatoes and pasta has been served at every pre-game meal I’ve been a part of for 20 years because they’re great sources of carbs.

Turns out potatoes, like pasta, are also great sources of protein. Potatoes come with about 7 to 8 grams of protein per potato.

Like the majority of this list, potatoes are also super cheap and easy to make which make them great vegan protein sources for athletes. You can make potatoes literally about a hundred different ways.

Let’s all say it together – KEEN-WA. Quinoa, like the lentils earlier, might be another vegan protein source that you may not be too familiar with. Don’t be intimidated. Quinoa is super easy to make. It’s cooked basically just like rice.

A quick google search can also give a thousand different recipes and uses for Quinoa. Quinoa bowls, dishes that consist of quinoa, beans, greens and a dressing are extremely popular at the moment.

Chickpeas already got a mention earlier in the list with the Banzo chickpea pasta. Chickpeas also make a great addition to a salad and are the base ingredient of hummus (although most commercial hummus is not a good protein source).

At 12g of protein per cup, the protein from chickpeas can add up quick. Chickpeas have also found their way to the snack category as well, much like black bean tortilla chips, Saffron Road makes a great chickpea snack.

This might be my favorite on the list. At 14g of protein per cup (admittedly a cup of Oats are A LOT of Oats) Oats are a legit plant based source of protein.

It is absolutely my go-to breakfast.

Throw in some berries, bananas, apples, vegan chocolate chips… the options are limitless.

Overnight oats are also an amazing breakfast option for athletes that need to grab something on their way out the door in the morning. 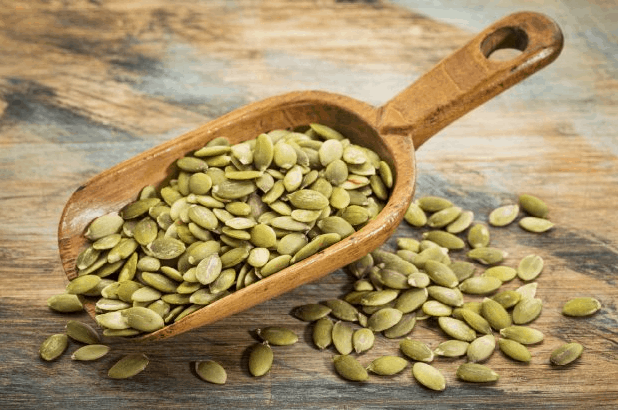 Pumpkin seeds are amazing. These tiny little seeds are loaded with 8g of protein per 1.5oz serving. The thing I love about them is their versatility. They can be thrown into Oats, a shake, almost anything. You can throw on a little seasoning and bake them.

They make an unbelievable snack. 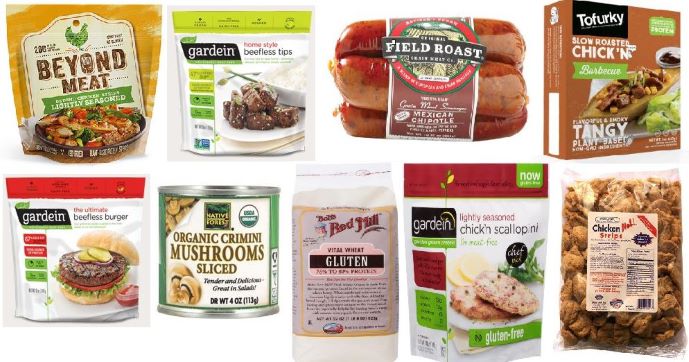 Tofu, Seitan, Tempeh and Textured Vegetable Protein – The world of Vegan Meat Alternatives is blowing up.

There is also an ever-growing list of Beyond Meat, Impossible Burgers, Gardein products, etc that are super easy to make readily accessible at basically every grocery store in America at this point.

In fact, I often get asked ‘what foods I miss after going vegan?’. Here’s the thing. I don’t “miss” any foods, because there is an amazing vegan version of anything I ate before going vegan. And I get to feel way better about it.

While these are 10 of the best vegan sources of protein for athletes, they are by no means the only sources.

There are plenty of other food options from Edamame to leafy greens like Spinach and even other seeds and nuts like Chia Seeds, Hemp Seeds, Cashews and Almonds.

As eating less/no meat continues to be more common, the amount of plant based products catering to this lifestyle continues to grow–this includes high protein products.

There is a mountain of vegan protein powders, bars, snacks, cereals and more including my personal favorites – Lenny & Larry Cookies.

I’ll be doing a future post breaking down and reviewing as many of those as I can get my hands on. Over the past couple years I’ve had some really good ones and some really, really bad ones.

I’ll give you the scoop so you don’t make the same mistakes I did.

While Ryan (aka Mr. VeggL) did study Dietetics & Nutrition in grad school, but he is not a Registered Dietitian. He has worked as a Sports Performance Coach for almost 20 years.

He made the switch to vegan about two and half years ago and, as an avid lifter still himself, is personally hitting lifts he hasn’t hit in 10+ years. So, either the notion that vegans can’t get enough protein is false or it takes a really long time for it to kick in.

Have you heard of Vegancuts? Are you vegan and aware that there is a subscription box you can have delivered to your door each month... with ALL vegan goodies?  Vegancuts sent us their snack...

Jen and I have been living in Georgia now for a few years and QuikTrip is one of the most popular gas stations around us. We both love QTs because they're always clean, the staff is generally very...